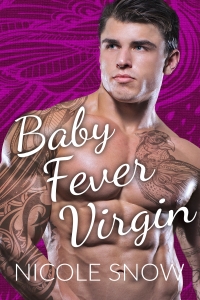 I HATE HIM, BUT I'M BEGGING FOR HIS BABY…

Once upon a time, love almost killed me.

You never forget your first, or your ruin. For me, Lucus Shaw was both.

First kiss. First surrender. First man to promise me a ring, children, a life together.

I remember his rogue smirk, his soul stinging kiss, the blistering words that always made him a little dangerous.

I gave him my body for one insatiable, unforgettable night. He gave me secrets, heartbreak, and hatred.

Friends, to lovers, to mortal enemies. That's not how it works, but it did.

I survived. Adapted. Moved on. But fate just won't keep him the hell away.

Now, I'm starring in a billion dollar romantic thriller, and guess who's playing my hero?

Hate never fades. It burns like never before when we lie for the cameras, when we lust, even when I'm begging for his baby. So intense I can't tell where the script ends.

Second chances? They don't scare me. But what if hate isn't enough, and the man I despise gives me baby fever for real?

I was her first, and I'll damned sure be her last.

Robbi's an addiction I can't quit. A million of her icy looks on the set won't make me forget what we had.

Passion. Conquest. How deliciously vulnerable she used to be wrapped around me. How she ached for more. How brutally she ripped my heart out when family lies ended us.

It's not too late to have it all. My ring on her hand, my name on her lips, my baby in her. I'll be her alpha and omega, or we'll be nothing.

Fasten your safety belt and prepare to swoon. This is a no holds barred second chance romance with an alpha male billionaire, an insane secret or two, and a whole LOT of enemies-to-lovers baby making heat. Zero cliffhangers, no apologies, and happy endings, ahoy!

The Author / Publisher advised that this title was available for $0.99 (or local equivalent), discounted from $2.99 on 3/4/2017 at the following retailers: